Ritsa Kyriacou has been appointed to numerous prominent curatorial and management roles in her career, most notably the position of curator of the Hellenic Centre, London (1993-1995). Her duties involved the organisation of the press and publicity and exhibition fund raising.  Her successful tenure was the result of working closely with museums, foundations and corporate cultural bodies.

Exhibitions were accompanied by significant art books or catalogues, press conferences, opening receptions, lectures, music events, specialist tours, V.I.P. dinners and workshops for children. All these events were made possible with the hard work of numerous volunteers.

The exhibitions enjoyed extensive positive coverage in the British and Greek press and a great number of British, Greek and Cypriots visitors. This success was made possible with the invaluable work of Lady Hero Hunt, an experienced advisor in organising high profile events.

“for me the Hellenic Centre means one person: the late Constantinos Leventis with vision and unique knowledge in the arts, the greatest supporter ever for the Cypriot and Greek art in London to whom I am ever grateful and without his advice and support these major events would have never taken place.” Ritsa Kyriacou

Kyriacou’s extensive experience as a curator includes more than 100 solo exhibitions and more than 70 thematic group exhibitions comprising works by over 500 artists (1990-2012). Art Historians and Critics were often invited to curate or select the artists for various exhibitions which were all inaugurated by prominent dignitaries.

Kyriacou has played a significant role in raising the profile of Greek art in the UK and internationally, which is reflected in the highly successful Greek sales held in London’s major auction houses.

In 2010 two major exhibitions were organised by Gallery K, Nicosia.

“A PERFECT PARTNERSHIP: Anthony Caro & Sheila Girling” A museum standard exhibition (May 2010). Caro is widely regarded as one of Britain’s greatest artists having played a pivotal role in the development of twentieth-century sculpture.

“Christoforos Savva (1924-1968)” This exhibition was sponsored by the Ministry of Education and Culture and RIK (Media Sponsor) and was part of the government’s official events celebrating 50 years since the establishment of The Republic of Cyprus. Savva is considered to have played an invaluable role in the development of modern art in Cyprus.

External Exhibitions in association with banks, foundations and museums.

In her foreword for the catalogue Green Line 2001-2002, Kyriacou embraces her love for Cyprus and the arts: “us Cypriots, we are very proud people with a devoted love for our island, the island of Aphrodite, the island that converses to us through the poetry of Vassilis Michaelides and Seferis and the music of Theodorakis. This is a strong bond of all us Cypriots living in the U.K. that grows stronger as we grow older and we pass it on to our children, however cosmopolitan they become.”

The Green Line Cyprus 2001-2002 was shown in London, Nicosia and Limassol. The exhibition featured art and photographs by Doros Partasides. The work expressed the anguish of the invasion and subsequent partition of Cyprus. Established and up-and-coming artists from Britain, Greece and Cyprus, including Sir Terry Frost, created art works inspired by the photographs that deal with the 1974 events in Cyprus.

Lost Heritage Cyprus 1974-2007 was shown at The Hellenic War Museum in Athens and at Melina Mercouri in Nicosia. This group exhibition took its title from the many churches damaged and looted during and after the Turkish invasion of Cyprus in 1974. The distinguished photographer Doros Partasides visited his divided homeland from 2003 to 2008 to make a pictorial record of the desolate and crumbling churches and desecrated cemeteries. 23 established artists from five different countries, including Maggi Hambling, were invited to express the concept of the theme of lost heritage.

Maternity 99 was organised for the Fetal Medicine Foundation conference at King’s College Hospital (1999). This group exhibition with British and Greek artists was shown to the public at Gallery K, London (1999, inaugurated by Jemima Khan), Athens (2000) and Nicosia (2001). 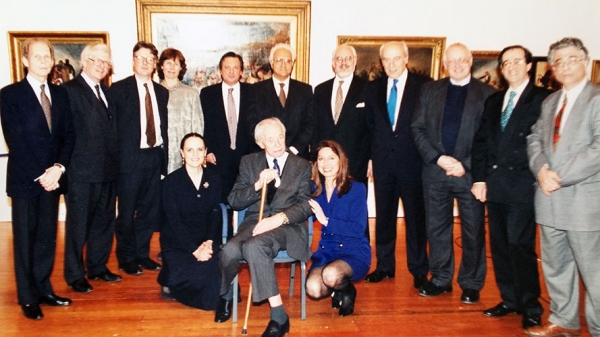 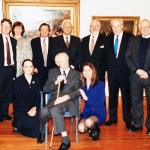 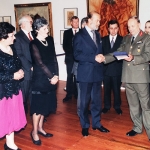 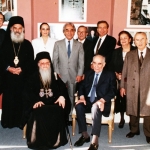 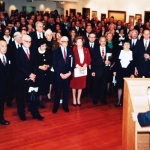 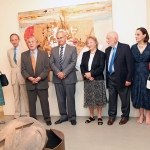