A permanent art exhibition was created within the space of the Fetal Medicine Centre: a collaboration between Professor Kypros Nicolaides, the world renowned embryologist, and Ritsa Kyriacou. The installation is situated in the newly renovated facilities of the Fetal Medline Centre in Harley Street – the heart of London’s medical district. The vision was to create a calming, artistic environment for all visitors to the medical centre.
Professor Nicolaides and Ritsa worked together from the project’s inception through the conceptual design and the implementation of the installation during the refurbishment works. In each space, works of art were chosen relating to the theme of maternity: paintings, sculptures, works on paper and Cypriot antiquities. Each consulting room has a built-in display case to exhibit the Cypriot antiquities acquired from Christie’s. A commissioned painting by Andreas Charalambides featuring the Birth of Adonis hangs in the main space of the centre beside the sculpture of Madonna by George Kyriacou. These spaces are akin to a gallery offering a unique experience for all visitors who are able to enjoy the impressive art collection.

Cypriot director / DOP Doros Partasides made a 30 minute film of the project titled Theogonies: Dances with Sculptures. It was premiered at the Everyman Cinema, Hampstead in May 2007 as part of the Hampstead & Highgate Festival (09/05/07 – 19/05/07), as the opening event of the festival. It was seen as an unusual cross-cultural arts film created by a Hampstead-based team which included Ann Eastman, the editor.

The event was supported by the Cyprus Broadcasting Corporation & Gallery K Cultural Events. 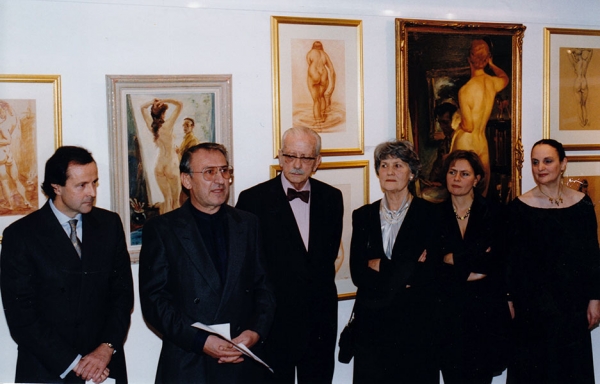 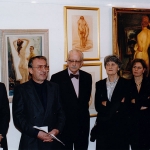 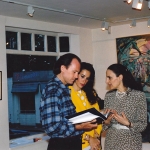 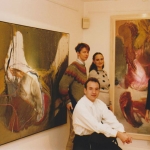 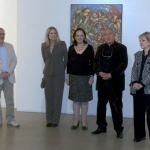